Use These 11 Tips to Win at Difficult Negotiations

Use These 11 Tips to Win at Difficult Negotiations

Sometimes the best way to reach a resolution is to use secrets that have worked since the beginning of time. We present you with 11 such negotiation tips. Use them wisely.

But before you even start meditating on negotiations, be sure you understand the negotiation stages you’re about to cross, the kinds of negotiation strategies at your disposal, and general guidelines for any successful conflict resolution.

More than mere theory, these insights will equip you with strong knowledge about the process so that you can sit at the bargaining table confident in what’s ahead.

Then you’ll be fully ready to spice up your performance with these “small” secret ingredients.

So – knowledge as the base, negotiation skills as a binder, and tips as negotiation spices can mean all the difference. Especially if you’re in for some difficult bargaining.

#1 Have The Facts on Your Side

You must have already heard that the preparation stage will determine the power relations in future negotiations. So, doing your homework is undoubtedly the wisest way to start the whole process.

However, while doing that, be sure to take extra care of the hard-boiled facts. Write them down. Map all the roads of their interpretation. Then, calculate your odds and estimate just how much factual information can back up your position. This will give you the most accurate prediction of possible outcomes.

But to really obtain a clear bird’s-eye view of the bargaining table, you must embrace the perspective of the person sitting on the other side of the table.

Try to map the exact same facts while wearing their shoes. What will they note? What angles of interpretation will they pursue? How will they fact-proof their standpoint?

You’ll have a pretty accurate prognosis of future arguments and potential counterarguments by doing this. In a word, you’ll have an answer to everything.

Before facing the opposing party, negotiate with yourself first: define your “walk-away” points, BATNA, and emergency exits. Have plans B, C, and D. Negotiation is an ongoing exchange, and it’s an excellent idea to pre-imagine the roads where it may lead.

Don’t be afraid to draw your lines and stick to them. If you feel, at any moment, that negotiations are hitting the brick wall, don’t be scared to leave the table. No deal is often better than a bad deal.

Although successful negotiating often happens in a relaxed atmosphere, we’re not suggesting that you should actually make a celebration. Nor be hasty with opening the bargaining first, for that matter.

No – all negotiations must start with setting the tone, principles, and conversation guidelines. Parties should agree, for example, that their discussion will be based on mutual respect, arguments, and a shared solution-seeking mindset. Being the first to clarify the negotiation guidelines can subtly put the conversation in your hands.

#5 Be Clear And Concise

Despite this tip being particularly self-evident – it often slips the negotiators’ minds. Be sure to remember that no one has ever won the negotiations by making dubious claims or spoken sentences that are tough to understand.

Don’t be scared of stating your demands loud and clear. In as few words as possible.

While formulating your demands, be sure to raise the bar slightly. Every experienced negotiator will tell you that if you want a slice of the pie, you should initially ask for two of those. Forget about ranges at this point. Don’t even think about mentioning the lowest point of your request. The other side will sense the insecurity and try to bargain somewhere near your worst-case scenario.

The old wisdom that recommends less talking and more listening is pure gold at the bargaining table. Not only will you be able to learn more and keep your joker cards at hand, but the silence also has the power to pressure people into saying what they didn’t intend to reveal.

In addition, to keep the other side in the talking zone, pose many open-ended questions that cannot be answered with a simple “yes” or “no.” They could lead you to a true chest of valuable information.

#8 Keep Your Eyes on Emotions

Even though it’s highly advisable to gather “hard boiled” facts before starting the negotiation, the process itself requires you to pay close attention to more irrational participants in the conversation.

Namely, we’re all human beings and our egos, emotions, and especially fears – all have the power of nudging our decisions. That’s why it’s vital to take good care of your “irrational” friends while also keeping a close eye on your opponent’s. Do they feel pressure to close the deal? Any fears circulating their bloodstream? Could their ego make the call instead of a cold reason?

Another tried-and-true negotiation tactic used for centuries is never giving something “for free.” Tying a string means always asking something in return. It’s a simple logic of “I’ll give/do if you give/do.” In most cases, it’s the fastest route to tangible results, particularly if the conversation has reached a dead end.

In contrast, if you give in simple goodwill only, the other side might interpret this as an invitation for asking more.

Effective negotiators don’t aim for success only; they operate with deadlines and time ranges. In other words, add time to your negotiating equation. How long can you afford to wait for a successful outcome? Is the other party in a rush? Whose side is time on?

You’d be surprised just how much precious power can be extracted from days going by. So, set your own timeline and related milestones, but ensure you give yourself enough of this precious resource.

Lastly, remember that reaching a “win-win” solution is the best possible outcome for all parties involved. Even though much of the negotiation tactics resemble warfare strategies, the ultimate goal is getting to a sustainable compromise.

Sometimes the land of compromise is within reach and pretty visible, but getting there requires creativity and a lot of thinking outside the box. Is there anything you and the opposing side are not seeing? Could you conjoin forces to develop a new way of solving a problem? Is there anything that could tie your interests together? 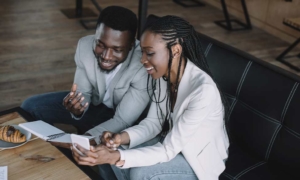 In sum, to win a negotiation, you’ll need the heart of a lion, the mind of a snake, and the benevolence of a human. You’ll need sharp negotiation skills polished to shine in our modern terms.

The best negotiators prepare long before the conflict even arises. They gain an advantage through knowledge.

Here at AILIT, we help students do just that. Download our brochure to learn how, or contact us today with any questions you may have.

About the Author: Sofia