Why is Negotiation Important in Conflict Resolution?

Home/Why is Negotiation Important in Conflict Resolution?
Previous Next

Why is Negotiation Important in Conflict Resolution?

A cliche phrase that negotiation is important because it’s everywhere in our lives might bear more truth than you think.

When most of us think about negotiations, we tend to invite financial or legal issues to our minds. But, in fact, even the most superficial occurrences in our lives are somehow a result of a compromise. Wherever there’s a conflict (or dispute), there’s room for finding a middle-ground solution.

We’re obliged to negotiate our salaries, housing, marriage relationships – because if we don’t, we open doors to violent clashes of power, which often have destructive consequences to all parties involved.

This becomes the most apparent in the business world, where the importance of negotiation is precisely measured by financial gain.

For example, when Google was faced with antitrust charges in 2014 concerning its search practices that favored its own products and listed the competitor’s on the bottom of the search results – the IT giant chose to negotiate its way to a solution. Although not an easy road, such a mindset open to compromises eventually saved the company from losing up to $59.8 billion of annual income.

By contrast, Microsoft refused to negotiate when similar charges threatened the company and only managed to lose more than $2.5 billion in fines.

So, in a way, negotiation is a billion-dollar skill that holds the same relevance today as it did a thousand years ago. It’s a universal tool for reaching constructive solutions to conflicts.

Difference Between Negotiation And Conflict Resolution

In other words, you can have negotiations without a final resolution or agreements that didn’t come after a compromise.

In the first case scenario, we speak of “failed negotiations” that didn’t culminate in a resolution for whatever reason. When this happens, it’s highly advisable to revise parties’ starting points and ensure they all have the same objectives. Namely, if conflicting sides do not sit at the table with a solution-leaning attitude, i.e., if they do not share the same purpose, reaching a constructive resolution can be nearly impossible.

On the flip side, some conflicts have ended beyond negotiations. Technically speaking, we should not talk of “resolutions” in such cases because they don’t entail a process of communicating problems and finding compromises.

Conflicts that have terminated without reaching a solution all sides can accept were usually managed through non-verbal means and tactics or through litigation. Put simply, if negotiations fail or don’t take place at all – conflict can be overcome only by a court of law or imposing power (using physical force, turning to scare tactics, managing the conflict through financial means, etc.)

Of course, in practice, many of those tactics take place even during the negotiation process, but, theoretically, a mutually signed agreement comes only after intensive communication-based negotiations.

How Does Negotiation Resolve Conflict? 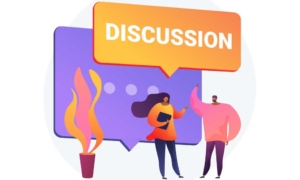 As we repeatedly noted in this article, negotiation is, by definition, the process of resolving conflicts. It uses communication, and the exchange of arguments to overcome disagreement and reach a middle ground solution all parties involved can accept, but neither is completely satisfied with.

So, how exactly does negotiation resolve conflict? Is it simply sitting at the round table and talking enough, or do we need something else?

As you may have guessed, negotiation is a complex process, both theoretically and practically speaking. It doesn’t just happen – it takes time, effort, and resources. In fact, negotiation usually has several stages that parties must fully realize in order to yield a solution. These are:

According to many, this first phase of negotiations is crucial because it defines your own starting points, objectives, and understanding of the conflict. At the same time, it’s a stage when you assess the opponent’s reasoning of the same notions and estimate possible and desirable outcomes.

Immediately after the parties sit at the negotiating table, there should be a precise definition of the terms and conditions of the negotiation process. Nothing is understood, and everything must be detailed, including time, place, possible mediators, limits, communication channels, etc. During the defining stage, all the possible negotiation scenarios are taken into consideration, and rules are formed to adhere to real-time situations that might emerge.

Once the parties define the bargaining conditions, it’s time for opening the next stage: clarifying positions and justifying demands. During the third stage, the actual process of communicating begins. Negotiators try to explain their positions, showcase the relevant documents and evidence, and demonstrate their willingness to compromise.

Although many of us first think of bargaining when we think about negotiations, it comes only after all previous stages took place. Theoretically, at this point of the talks, parties should propose constructive scenarios to solve the conflict and find an agreement that would be equally beneficial (or damaging) to both sides.

Ideally, a productive exchange of arguments from the previous stage leads to a satisfying agreement all parties involved are willing to formalize. If that is the case, they discuss implementation details and sign a written document that outlines their compromise (although sometimes a handshake is enough to close the negotiation).

Whether conflicting parties are involved in a business, personal, or international relationship, their negotiations must reside on several preconditions that are sine qua non of every compromise.

In particular, every negotiation-mediated conflict resolution must begin with:

If there’s no willingness on both sides to participate in negotiations, they are not gathered under the same goal to find a solution. And it’s implausible that the communication will be fruitful.

Somewhat related to the first precondition for compromise, a solution-leaning mindset is still more than a simple consent. For the most part, negotiations are not such a smooth process. Blockages, delays, and provocations are almost a “natural” part of it, and having a strong focus on solutions can sometimes mean a difference between success and utter negotiation failure.

Negotiation is, by definition, an end-oriented process, meaning that it has to have a concise, teachable, and well-defined objective.

As we all know from real-life situations, there’s no compromise between uneven powers. In fact, negotiation can be viewed as a direct consequence of this balance: the parties are involved in finding a compromise because they cannot impose their position through other means.

Even though agreement-searching conversation can occur through various communication channels, personal contact is often an essential prerequisite for the beneficial exchange of arguments. Facts, emotions, and intentions expressed through random glances, posture, and body language sometimes tell more than entire documents.

To sum it all up, negotiation is important because there’s no real alternative to resolving conflicts peacefully. Other methods and techniques that are commonly used often include damaging avoidance or the need to defeat opponents. And in the process, one usually brings losses on his own back.

A negotiator is thus a vital bearer of a solution. He is the one who uses assertive resources to communicate a problem, find a middle ground solution, and, eventually – bring peace to conflicting parties.

In other words, his negotiating skills create fruitful treaties. In our world, often saturated with animosities, the ability to negotiate our way to peace is not only important but indispensable.

Here at AILIT, we strive to certify competent negotiators and grow a whole new generation of conciliators. If you feel you should be a part of it, contact us today or download our brochure to find out more.

About the Author: admin