What Are Basic Negotiation Strategies And How Should You Use Them?

Home/What Are Basic Negotiation Strategies And How Should You Use Them?
Previous Next

What Are Basic Negotiation Strategies And How Should You Use Them?

Whether you realize it or not, you’re bound to use one of the four basic negotiation strategies and styles each time you set a goal. No matter if the stakes are high or low, no matter if it’s a business or life issue in question, success only comes after intelligent moves at the bargaining table.

And even though there are what you call “natural-born negotiators,” the truth is that negotiation skills are attainable through learning and practice.

The theoretical insights are important because they draw heavily from the experiences of failed and successful negotiations. Thus, we can precisely discern which negotiation strategies worked, which didn’t, what approaches caused hold-ups, and which styles are most effective on different occasions.

So, starting with the basics – here are the five strategies underlying all of our bargaining efforts.

Before we get down to our list of negotiation strategies, we need to make a few crucial suggestions. No matter the style, approach, or techniques you decide to use, there are a few common grounds for reaching success in negotiation.

First, it’s essential to understand that strategies and tactics or techniques are not the same. Different approaches to negotiation define the overall context and atmosphere of dealing with your counterparts, while specific tactics are actionable bits of your overall plan.

For example, you might choose to approach your opponents as a competitor but use different methods to create a “win/lose” situation – make a ‘last and final offer’ deal, find pressure points, or manipulate the other side into embracing your perspective.

With that in mind, do note that the choice of a specific bargaining strategy or even the slightest technical move must fit organically into the overall negotiation context. Every type of negotiation can yield a favorable outcome – if it’s used at the right time, in the right place, and with an adequate counterpart. In other words, the best negotiation strategy is the one accurately fitted into the bargaining situation.

You “just” have to scan the situation and decide which negotiation strategy can be successful. It’s no exaggeration to say that your work can be half done if you do sharp initial insights to perfection.

The second crucial thing to note is that you should always start negotiations with thorough preparation and a so-called “BATNA” (Best Alternative to a Negotiated Agreement).

Sitting down at the bargaining table is the negotiation element that comes late in the deal-making process. Before it, you need to comprehend all of the constituents that might affect the outcome – time frame, power relations, and your counterpart’s perspective.

Outlining your “BATNA” means entering a negotiation with a comprehensive exit strategy. For example, if the bargaining process reaches an impasse, what is your alternative? Do you have other acceptable deals you might be willing to take or clearly defined next steps if negotiations fail?

Of course, you shouldn’t ever trade a fair deal for a BATNA, but you have significantly smaller chances of success without it. 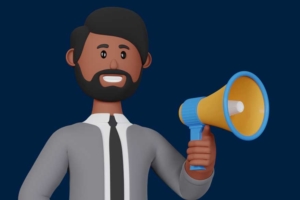 There are five main negotiation strategies: competitiveness, avoidance, accommodation, collaboration, and compromise. And each can generate a value if used correctly.

Also referred to as the “I win, you lose” approach, competitive negotiation focuses on reaching the desired goal at the expense of your counterparts. Although unscrupulously used by many, competitive strategies can have advantages, including quick results and efficiently accomplishing short-term goals.

However, it’s highly advisable to take the competitive stanza sparingly, i.e., only when you’re sure that your solution creates a higher value or anchors deals in the future. In any other scenario, such binary thinking can only be counterproductive.

Because it is highly dependable on power relations, competitive advantage can also be incredibly shortsighted. Moreover, power relations fluctuate and change, which means that you should always consider success beyond the current deal.

Even though a bad reputation often taints the avoidance strategy, it doesn’t always have to mean plain walking away. In fact, when you’re facing an opponent that surpasses your strength, an inactivity period can serve as a means of building power, gathering negotiation advantages, and changing the odds at the bargaining table.

Still, if it systematically follows the “I lose, you lose” principle, avoidance can imply a mere escape from the conflict and settle for vague terms of the agreement. Such scenarios rarely breed value for any side and don’t unfold promising futures for the relationship.

Completely opposite of the competitive style, accommodation follows an “I lose, you win” model. Often seen as the “selfless, good guys,” accommodating negotiators tend to give in to the other party’s requests, even if it means sacrificing their own goals.

But accommodation can be a valuable strategy if you start negotiations with a tainted background or if you use it to avoid more considerable losses. For example, negotiating tactics in business can adhere to the accommodation logic if a company has a bad reputation or is trying to repair the damage caused by its operation. Sending a competitive negotiator in such a situation will cause more harm than good.

The most productive negotiation strategy is creating an “I win, you win” situation. Although sometimes hard to realize in practice, there are many tactics to achieve mutual gains. The essence of this approach lies in embracing a value-creating mindset, thinking beyond binary positions and walk-away alternatives.

In an ideal scenario, a collaborative approach implies all parties having a common goal in mind and joining forces in achieving it. Also known as problem-solving, collaboration can sometimes come in after all the alternatives are exhausted, and counterparts have no other option but to work together.

Compromise happens when negotiating parties agree to co-create win-lose situations. In plain terms, all counterparts give up something to get something in return. The compromising style is best used when a ‘fixed pie’ should be divided among participants, and all sides are aware that only a slice belongs to their plate.

Although theoretically ideal grounds for yielding solutions, compromising behavior in negotiation can be counterproductive if it slips easily into accommodation or results in an unstable settlement. In such cases, compromise can be quite the opposite of a mutually satisfying agreement.

In a word, compromise is only a compromise when the genuine balance is struck, and all sides are satisfied with the middle ground.

Take Your Negotiation Strategies to The Next Level

The basic negotiation styles we’ve just covered can be seen as the tip of the iceberg. Much of their strength lies beyond the surface in various tactics, techniques, and methods.

And the beauty of negotiation is that there are always more bargaining ways to explore. Because we’re solution-finding animals, ways of addressing conflicts can have many faces. Sometimes a single word can be a negotiation.

Contact AILIT today if you’re ready to take your negotiating skills to the next level, or download our brochure to learn more about our Executive Certification in Negotiation & Conflict Resolution.

About the Author: Sofia

DOWNLOAD BROCHURE
REGISTER NOW
We use cookies to ensure that we give you the best experience on our website. If you continue to use this site we will assume that you are happy with it.AcceptReject
Go to Top